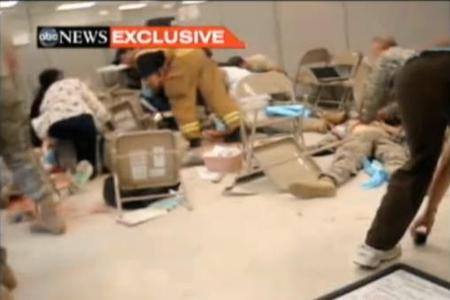 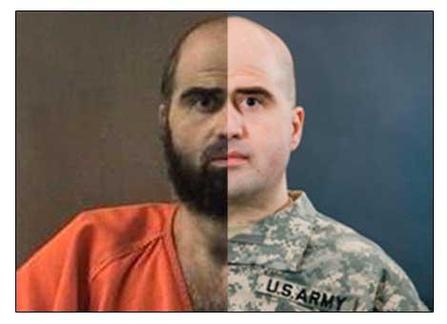 ​​Major Nidal Malik Hassan, the shooter, was later discovered have had ties to Al-Qaeda.

Armed with two pistols Hassan walked into a deployment center on the base where soldiers were gathered with their families preparing to leave for war and opened fire.

Hassan believed that the U.S. Army was fighting a war against Islam and he was obligated to fight back through Jihad.​ 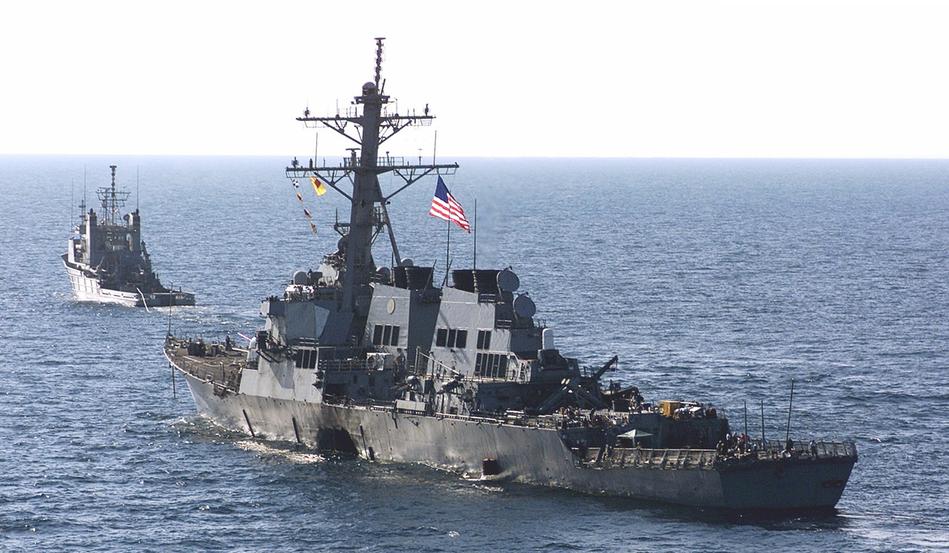 ​Al-Qaeda Terrorists fill a small boat with explosives and suicide bomb it into the side of the USS Cole while it was refueling in the port of Aden in the country of Yemen.

17 US Sailors killed and 39 injured

​The boat survived the attack and was towed Pascagoula MS for repairs. 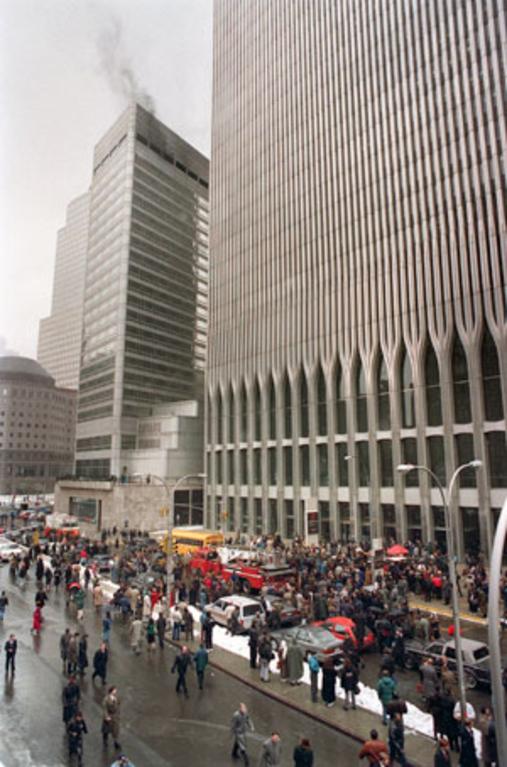 ​Terrorists parked a rental van in a garage underneath the World Trade Center’s twin towers and lit the fuses on a massive homemade bomb stuffed inside. Six people died and more than 1,000 were injured in the subsequent explosion, which carved out a crater several stories deep and propelled smoke into the upper reaches of the quarter-mile-high skyscrapers.

The terrorists, led by Ramzi Yousef, had hoped to collapse both of the towers. 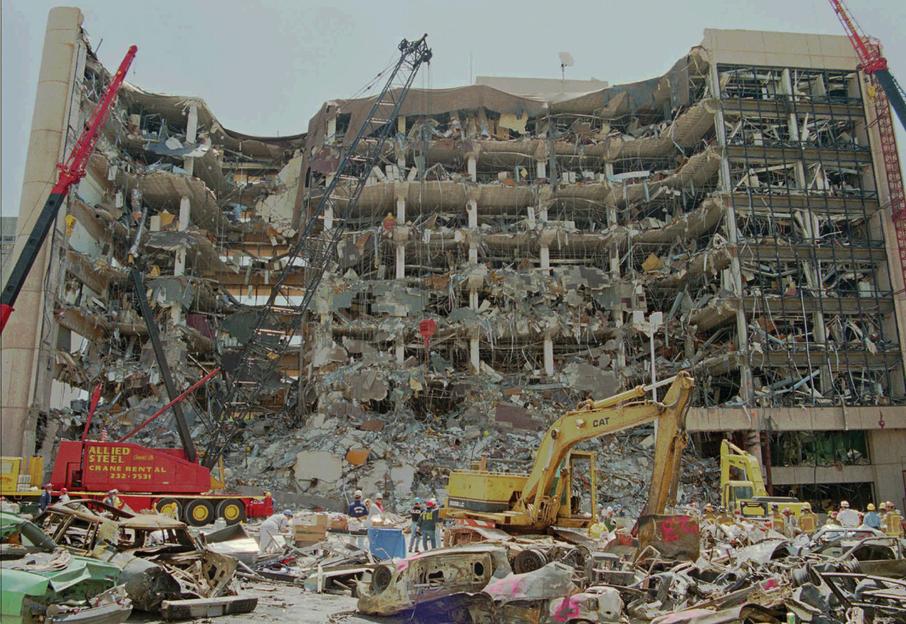 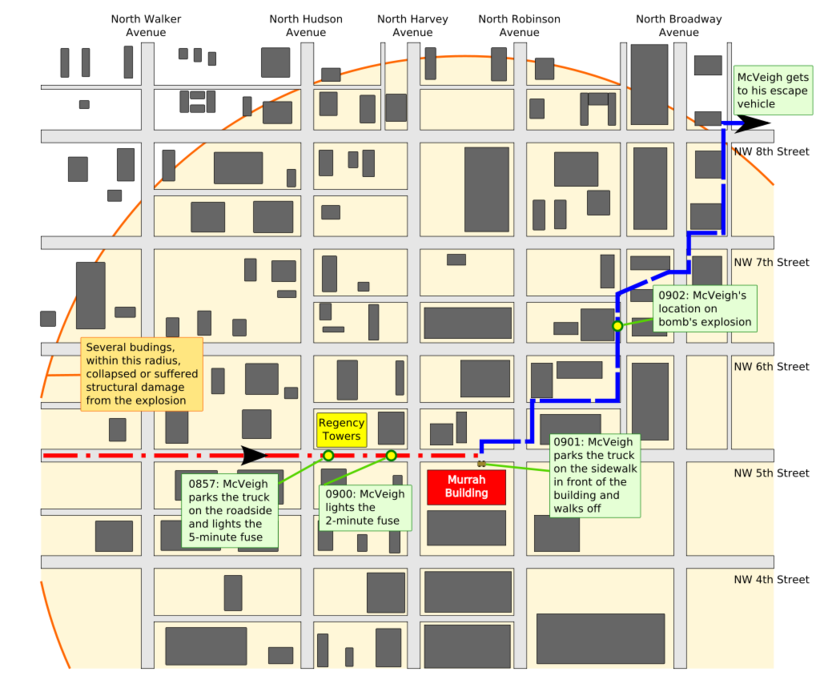 In December 1997, Nichols was found guilty on one count of conspiracy and eight counts of involuntary manslaughter, for killing federal law enforcement personnel, and was sentenced to life in prison.

In 2004, he was tried on state charges in Oklahoma and convicted of 161 counts of first-degree murder, including fetal homicide. He received 161 consecutive life terms in prison.

On June 11, 2001, McVeigh, 33, died by lethal injection at the U.S. penitentiary in Terre Haute, Indiana. He was the first federal prisoner to be put to death since 1963.

A massive hunt for the bombing suspects ensued, and on April 21 an eyewitness description led authorities to charge Timothy McVeigh (1968-2001), a former U.S. Army soldier, in the case.

As it turned out, McVeigh was already in jail, having been stopped a little more than an hour after the bombing for a traffic violation and then arrested for unlawfully carrying a handgun.

Shortly before he was scheduled to be released from jail, he was identified as a prime suspect in the bombing and charged.

That same day, Terry Nichols (1955-), an associate of McVeigh’s, surrendered in Herington, Kansas. Both men were found to be members of a radical right-wing survivalist group based in Michigan.

The powerful explosion blew off the building’s north wall.

Emergency crews raced to Oklahoma from across the country, and when the rescue effort finally ended two weeks later the death toll stood at 168 people, including 19 young children who were in the building’s day care center at the time of the blast.

More than 650 other people were injured in the bombing, which damaged or destroyed more than 300 buildings in the immediate area.

Source for info on OKC Bombing

McVeigh parked a Ryder rental truck loaded with a diesel-fuel-fertilizer bomb outside the Murrah Building and fled. Minutes later, the massive bomb exploded.

After the Towers Fell Discovery Channel

8:30 pm – President Bush addresses the nation, calling the attacks “evil, despicable acts of terror” and declaring that America, its friends and allies would “stand together to win the war against terrorism.” 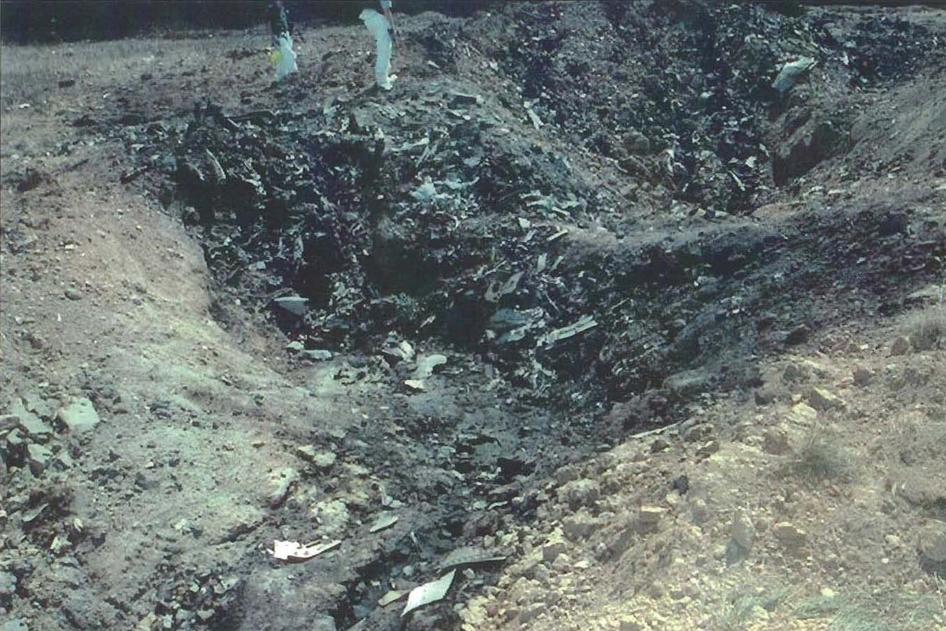 10:07 am – After passengers and crew members aboard the hijacked Flight 93 contact friends and family and learn about the attacks in New York and Washington, they mount an attempt to retake the plane. In response, hijackers deliberately crash the plane into a field in Somerset County, Pennsylvania, killing all 40 passengers and crew aboard.

5:20 pm – The 47-story Seven World Trade Center collapses after burning for hours; the building had been evacuated in the morning, and there are no casualties, though the collapse forces rescue workers to flee for their lives. 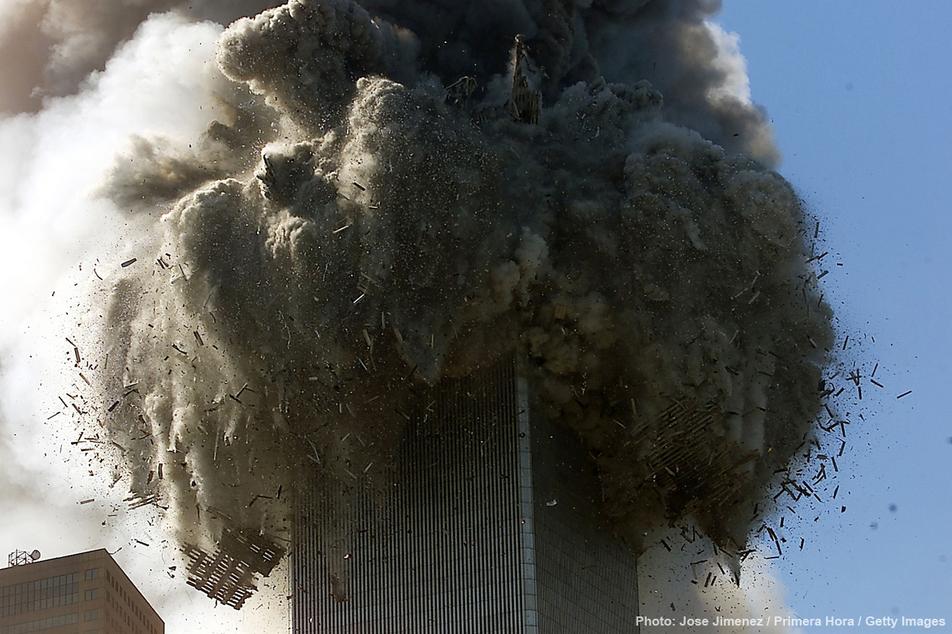 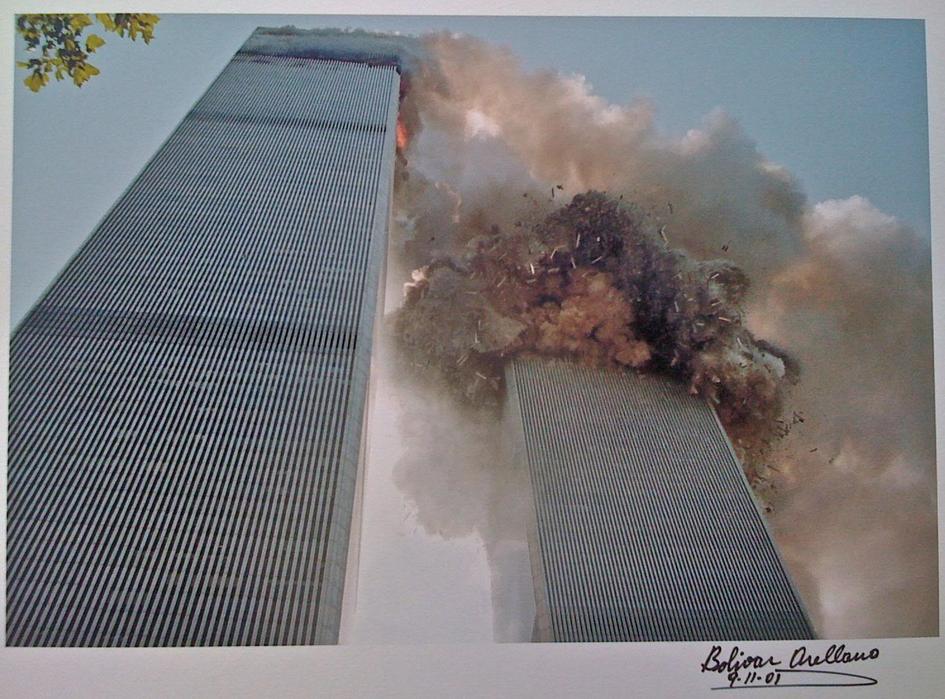 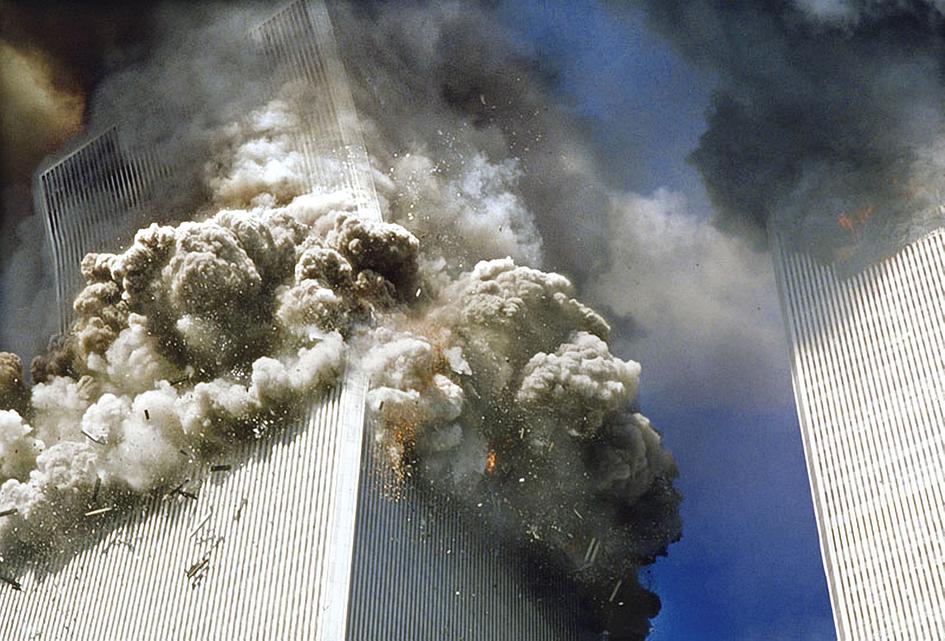 9:59 am – The South Tower of the World Trade Center collapses. 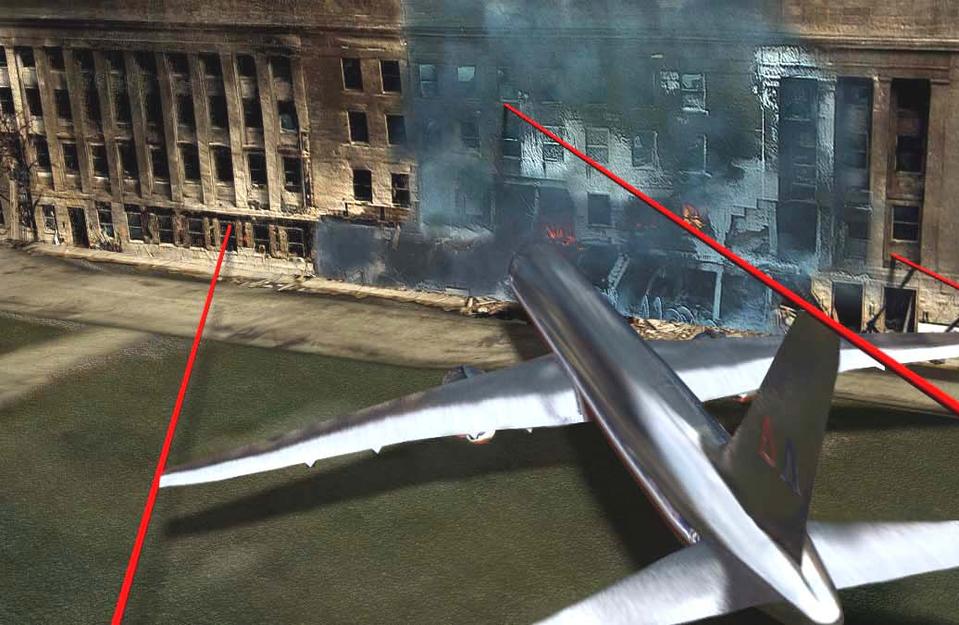 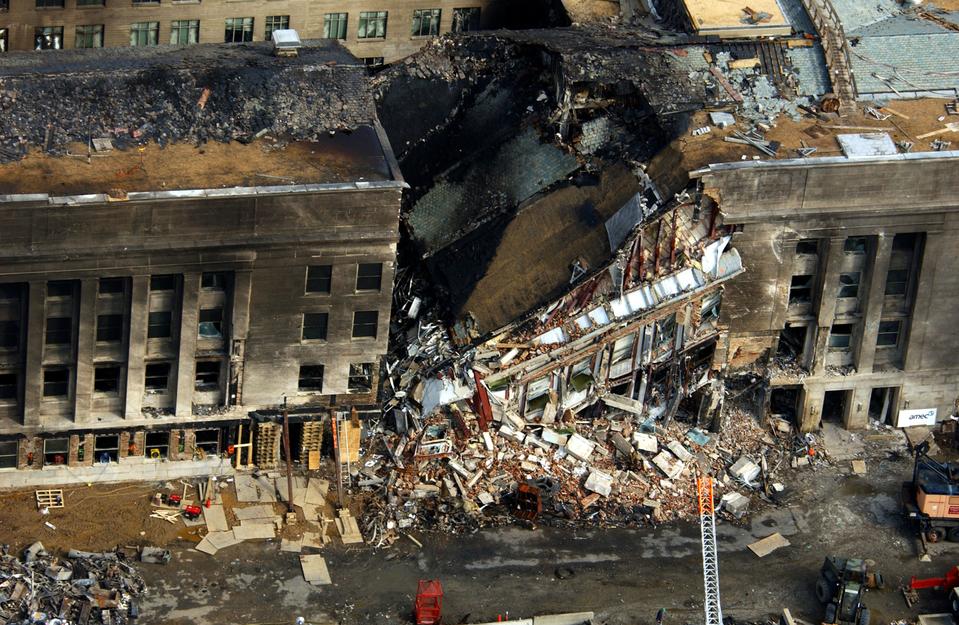 9:37 am – Hijackers aboard Flight 77 crash the plane into the western façade of the Pentagon in Washington, D.C., killing 59 aboard the plane and 125 military and civilian personnel inside the building.

9:31 am – Speaking from Florida, President Bush calls the events in New York City an “apparent terrorist attack on our country.” 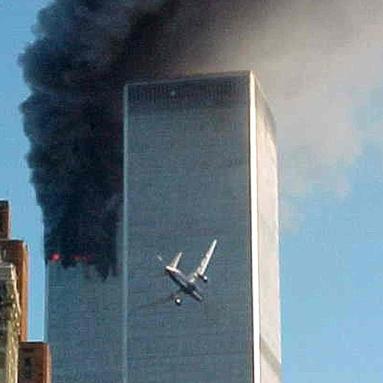 9:03 am – Hijackers crash United Airlines Flight 175 into floors 75-85 of the WTC’s South Tower. As many as 600 people were killed at or above the floors of impact. 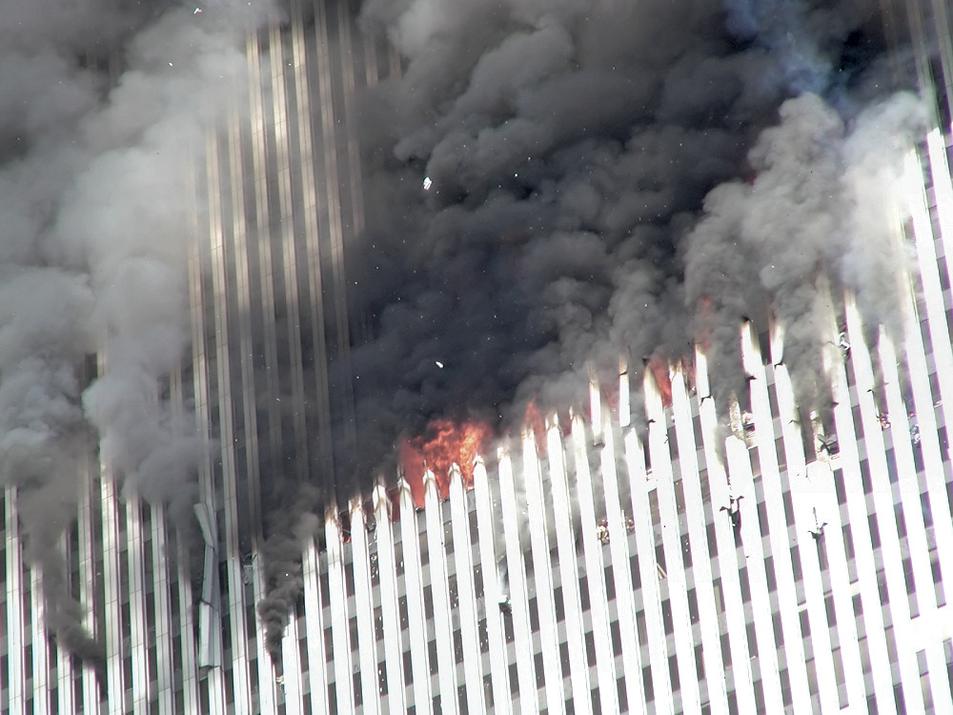 8:46 am – Mohammed Atta and the other hijackers aboard American Airlines Flight 11 crash the plane into floors 93-99 of the North Tower of the World Trade Center, instantly killing everyone on board and hundreds inside the building.

A total of 1, 363 people are killed in this tower including the impact and the people trapped in the floors above that could not get out.​​ 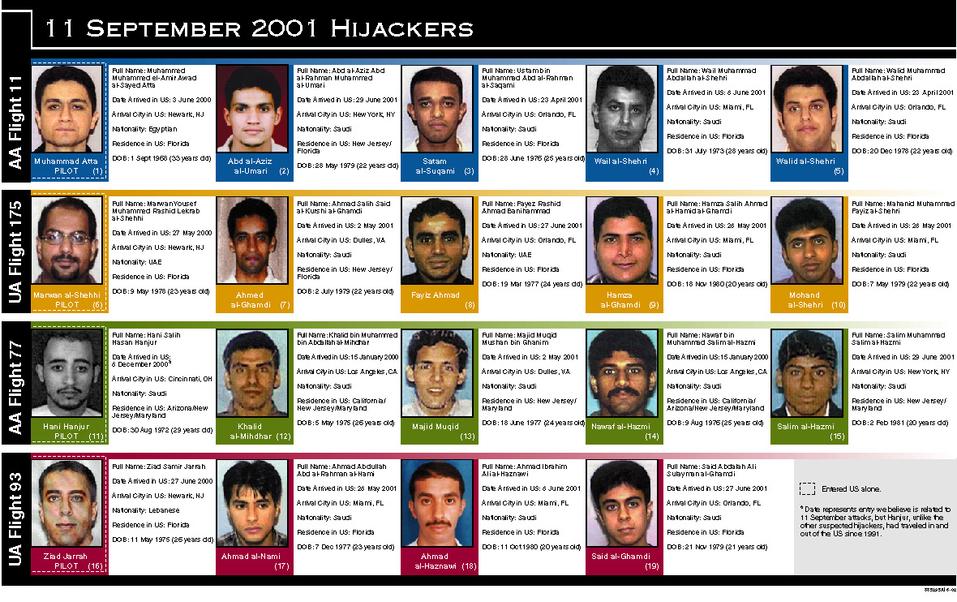 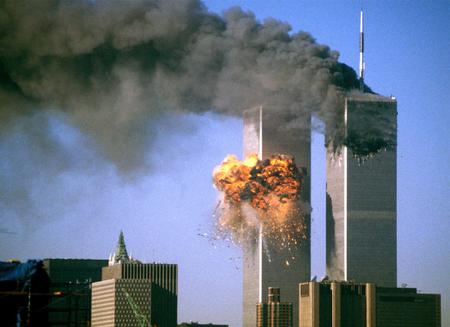 ​How Terrorists have Attacked

four planes and crash them in to

One plane hit the Pentagon in Washington DC

The fourth plane crashed in a field in Shanksville PA before it could reach it's intended target.  This plane was forced down early during an attempt by the passengers to retake the plane from the terrorists.​